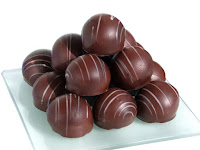 A study conducted on 43 children, published in the journal Obesity, found reductions in diastolic blood pressure, lactate, triglycerides, and LDL-cholesterol when sugar was substituted for starch (complex carbohydrates) over the period of 10 days. The children had very little weight change in this time, less than 2 lbs, in fact they tried to not have a reduction or change in weight. No other dietary changes were made or exercise introduced. They also noted that glucose tolerance and hyperinsulinemia improved.

The children's diet contained comparable amounts of protein, fat, and carbs with a reduction in sugar (from 28% to 10%). The only change; sugar was substituted with starch. So instead of pastries or high sugar/fructose foods, they had other complex carbohydates such as those in fruit, bagels, cereal, pasta, and bread.


"The DGAC recommends limiting added sugars to a maximum of 10% of total daily caloric intake. This recommendation is supported by: 1) the food pattern modeling analysis conducted by the 2015 DGAC and 2) the scientific evidence review on added sugars and chronic disease risk conducted by the Committee." - Scientific Report of the 2015 Dietary Guidelines Advisory Committee (page 466+)

This is also based on the World Health Organization (WHO) recommendations. If you want to read more, download the report from here.

Why not just remove all sugar?

Other studies have looked at removing all sugar, or using excess sugar to test it's effects. There are also studies that specifically test weight gain only with sugar. Whereas this study focuses on those that already have metabolic syndrome and adjusting their daily intake of sugar (and fructose) to the daily recommended limit and not focusing on weight loss/gain, - just the impact of limiting sugar on their diseases, even though in 33 children they did see weight loss (more on this below).


So, the question, is sugar bad for you? Or is the resulting weight gain from sugar the cause for health problems? This study may help answer that question, even though it was only conducted on children that were obese and had metabolic syndrome. It was not conducted on children within a healthy weight range. However, please note that the associated diseases also occur with those that have a normal weight. But, they are more prevalent in obese children. Additional studies will be needed.

An interesting side note, they wanted to keep weight stable to show just the impact of reducing sugar and fructose. The study points out that fructose "does not suppress the hunger hormone", which results in you consuming far more than you should. And it also, "stimulates the nucleus accumbens resulting in increased reward and continued ingestion".


"After the first 17 participants were studied, seven were noted to have lost >2% in weight, so caloric targets for each participant were increased by 10% thereafter."

Of course, those that didn't lose weight, saw the same improvements and trends in health as the other children who did lose weight.


"Furthermore, we analyzed the 10 participants who did not lose weight over the 10 days in a separate post hoc sensitivity analysis, and the results were directionally consistent as compared with the entire cohort."


What can you do?

Watch what your kids consume. Cut out the sugary drinks and the pastries, especially those that contain fructose. While you're at it, cut out artificial flavors, synthetics, and processed meats.

If you are looking for high quality vitamins, snack bars, kids shake, or a substitute for sugary drinks like Gatorade, take a look at IDLife's Kids nutrition line.